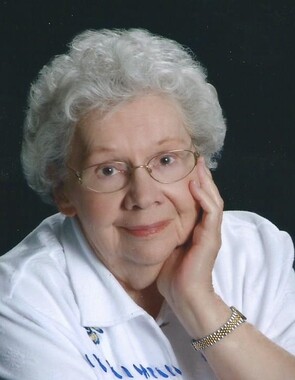 Back to Virginia's story

Our beloved mother, Virginia (Lent) Gedney Brackenbury, departed this life to be with our Lord on Dec. 5, 2019, at the age of 92.
Virginia, affectionately known as "Jinny" to her family and friends, was born into the loving family of Alfred and Josephine Lent in Brooklyn, NY, on March 9, 1927. She was one of five children. Jinny lived a full and active life as a member of the Catholic church. Most recently she was a member of St. Francis of Assisi Catholic Church in Fairfield Glade.
She began her working career as a patent law secretary in New York City and over the years held various other administrative positions while raising her family. She was married to DeWitt Clinton Gedney on Oct. 8, 1949, in Brooklyn, NY. A few years later, they bought their home in Tenafly, NJ. They had four children, Carole, Richard, Edward and Peter. "Mom" was always a strong and hard-working woman who met every hardship in her life head on and overcame them by relying on her faith and her family. DeWitt passed away in 1964 at the age of 40. Jinny met Frederick Brackenbury at a Parents Without Partners social through her church. Fred was a widower with three young sons, John, Michael and James. Jinny and Fred were married in Tenafly, NJ, in 1966 and resided there until they retired in 1989.
While on a family road trip in the 1970s, they traveled through the state of Tennessee and fell in love with the area. After they retired, they excitedly relocated to Fairfield Glade (Crossville). Jinny and Fred spent the remainder of their years together in Crossville. They enjoyed life to the fullest and formed many friendships over the years. Their greatest joy was going on road trips. They traveled the United States extensively by car for many years, visiting friends and family at every opportunity. Mom remained in Crossville after Fred's passing in 2005. She continued to enjoy her church family and her dear friends and neighbors in Tennessee. Mom continued road trips with her friends and family and lovingly cared for our brother, Edward, while he was battling cancer and she was in her 80s. In 2016, when her health began to fail, she left her beloved Tennessee to be with her daughter and family in Fayetteville, GA. Still blessed with good physical health, she continued to drive, go out to lunch, attend church, and do her crossword puzzles until she was the ripe old age of 90. She was blessed! When her dementia required extensive care, her family reluctantly moved her into a memory care center in Fayetteville, GA. "Miss Jinny" as she was known to the staff, quickly developed the reputation of a "spitfire" and a force to be reckoned with! She peacefully passed away on the morning of Dec. 5, 2019.
Virginia leaves behind to celebrate her life her beloved children, Carole Baker (Dan) and Richard Gedney (Judy); her stepchildren, John Brackenbury (Lori), Michael Brackenbury and James Brackenbury; her brother, Charles Lent (Florence) and sister-in-law, Fronia Lent; grandchildren, Traci Durden (David "Andy"), Douglas Baker (Emily), Jason Gedney (Jennifer), Brian Gedney and Dustin Gedney; and her great-grandchildren, Andrew "Hunter" Durden, Emma Durden, Julia Gedney, Grace Gedney, Ayden Baker and Anna Grace Baker. She had many nieces and nephews and their families who loved their "Aunt Jinny" and share in our loss.
Virginia was predeceased by husbands DeWitt Gedney and Frederick Brackenbury; sons, Edward Gedney and Peter Gedney; brother, Steven Lent; sisters, Mildred Sutton and Audrey Powell; brothers-in-law, James F. Sutton and Bob Powell; and nephew, James F. Sutton III.
The family wishes to extend their sincerest gratitude to the kind and caring staff members involved in Mom's care at the Gardens of Fayetteville, Hope Center Memory Care and Southern Grace Hospice. Our family was comforted by the loving people who cared for her during her illness. We especially thank Mom's hospice nurse, Stacy, who cared for Mom with genuine tenderness and concern, and Roger, the Southern Grace Hospice chaplain, who spent a great deal of time listening, talking and praying with Mom and bringing strength and peace to our family. God Bless You All!
A mass and interment in the church columbarium will take place at St. Francis of Assisi Catholic Church in Crossville. The date and time will be announced at a later date.
Rest in Peace, Mama. God bless you and keep you. You are loved and missed. Until we meet again. . .
Published on December 12, 2019
To plant a tree in memory of Virginia (Lent) Gedney Brackenbury, please visit Tribute Store.

Plant a tree in memory
of Virginia

A place to share condolences and memories.
The guestbook expires on March 11, 2020.

Jean Sohnly
Sweet memories of Ginny at daily mass with her, at St. Francis of Fairfield Glade Tn. Always miss her sweet smile. With Love and Prayers
Ellen Zalewski
My deepest condolences to the whole family. I am part of the St Gabriel Eucharistic minister ministry and brought holy communion to Virginia at Hope Center. Her eyes lit up up when I brought her a pumpkin at Halloween. May she rest in peace.
Cyd Riede
Dear Carole & Family,
I am so sorry to hear of your Mom's passing. Jinny wa a sweet, kind and wonderful woman.
I got to know her (and meet you) about 5 years ago when I would visit her at her home in FG.
Hope all is well with you & your husband. May your Mom Rest In Peace ...God Bless.
Cyd Riede
View all