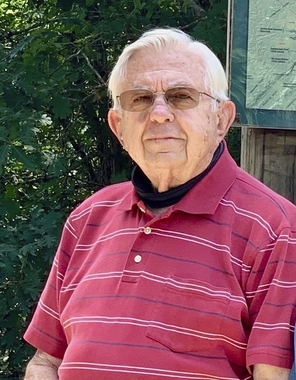 Back to Robert's story

Robert Lee Hartenfeld, 84, of Fairfield Glade, passed away Thursday, Nov. 28, 2019, at University of Tennessee Medical Center in Knoxville.
He was born Feb. 19, 1935, in Pemberville, OH, son of LeRoy Francis Hartenfeld and Dena Louise (Hoodlebrink) Hartenfeld.
He was a Lutheran pastor and was a member the Christ Lutheran Church of Fairfield Glade.
He is survived by his wife, Judith Hartenfeld of Fairfield Glade; daughters, Ann Michelle Hartenfeld of Missouri and Susan Kay Lyon of Illinois; son, Michael Ryan Hartenfeld of South Carolina; step-daughters, Kerrin Wells Pryor of Nashville and Lisa Anne Dollar of Cookeville; sister, Barbara Ann Daniels of Ohio.
He is also survived by six grandchildren and two great-grandchildren.
He is preceded in death by his parents.
Funeral services will be held at Christ Lutheran Church on Saturday, Dec. 7, 2019, at 1 p.m. with Pastor Jenny Barnes officiating. Interment will be in the Church Columbarium.
Bilbrey Funeral Home, Inc. (www.bilbreyfh.com) was in charge of the arrangements.
Published on December 4, 2019
To plant a tree in memory of Robert Lee Hartenfeld, please visit Tribute Store.

Plant a tree in memory
of Robert

A place to share condolences and memories.
The guestbook expires on March 03, 2020.

Gary and Sally Jo Dixner 12/14/2019
We had so many memories together❣️ Just found out today. Love you Judith😪
Tribute Store

Beautiful in Blue was purchased for the family of Robert Lee Hartenfeld by Tribute Store.  Send flowers